The following is a commentary, by Barry Nicholson, RemoteLink’s CTO, on the use of IP Intelligence, the technology that uses geolocation data as a way to learn more about web visitors to your website.

IP Intelligence is becoming more used by virtually everyone. But it’s not new. We used it in the early 2000s to help us market conferencing. We had different ads and different sites showing up in the rankings in different ways to maximize our conversion rate based upon IP based geolocation. 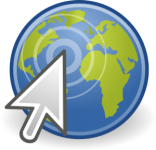 If anything, you have to be more careful today then you did in years past. The proliferation of cell phone web browsers is confusing IP address geolocation somewhat, because the IP associated with cell phones may have nothing to do with the physical location of the user.

Even static IP’s are becoming more ‘centralized’ then they use to be, especially since the shortage of IPv4 addresses is starting to affect ISPs and telecommunications carriers. Some of the ISPs are talking about NATing all customers behind their systems (e.g., all AT&T DSL users in Naperville might have the same IP, or all WOW cable users could have the same IP.) If they do that the geolocation information could become very generalized.

As an example of potentially bad data, go to the following web site from your phone (while not connected to wi-fi): http://whatismyipaddress.com/

Mine just told me I was in Tony, Wisconsin. Obviously I missed an exit or several hundred on my way into the office this morning. [RemoteLink is located in Aurora, IL.]

This is the same technology that Google, Bing and others use, but they have to rank that information. The IP address location information is often the least reliable information available. Your phone’s GPS is most reliable, followed by the cell tower your phone is using, etc.

It’s fun stuff, but you have to be careful. It can be quite amusing. The worst case I saw was a few months back. I was in Houston and Google IP location told me I was in Seattle. Only half a continent away!